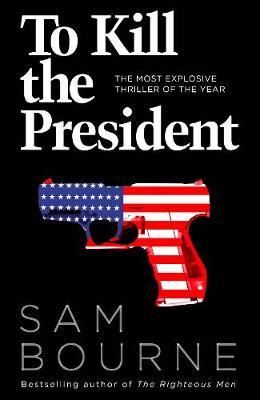 The United States has elected a volatile demagogue as president, and when a war of words spirals out of control and the Commander in Chief comes perilously close to launching a nuclear attack, it’s clear someone has to act.
When Washington operator Maggie Costello stumbles on an inside plot to kill the president, she is faced with the ultimate moral dilemma. Should she save the president or commit treason?

Having just managed to prevent the new President of the United States from starting a nuclear war at 3:00am over a comment made on a TV Program, two inner circle American patriots come to an unnerving conclusion. This man must be removed from office. Permanently, and at haste. Maggie Costello, a White House operator left over from the previous Administration, stumbles across their plot to have their Commander in Chief assassinated, and even as she assembles all the clues to unravel their plans, she wrestles with a very big moral dilemma. Should she even try to stop it?

Let’s get it out of the way. Yes, To Kill the President is about Donald Trump. While Freedland (writing as Sam Bourne) never explicitly names his heavy set, blond haired, misogynist businessman-turned-President, he is just about as subtle as a jackhammer at hammering his point home. But more on that later.

Freedland’s DC is alarming and unsettling because it rings so true. It’s not hard to believe  that some of the things Freedland presents us with are being said and done right now by people in power. He understands the current American Political climate like no other, and he pulls no punches as he leads us through this nest of vipers. To Kill the President might be an uncomfortable read, but that is because we live in uncomfortable times.

But where To Kill a President shines, is also it’s biggest downfall. In his efforts to vilify this unnamed President and his Administration, Freedland’s heavy-handiness becomes rather nauseating. The depiction of demagoguery becomes excessive the more we go on, to the point where it becomes almost laughable. Look, we all know “Unnamed President” is a Spawn of Satan, we don’t need to beaten over the head with it every few pages.

Another disappointing element is Maggie Costello herself, who just isn’t compelling enough of a lead. I can’t quite put my finger on it-Costello has all the right traits and flaws of a thriller heroine-but I dreaded having to read her chapters. There’s no magnetism, no charisma. Nothing about Costello made me connect with her, which meant I didn’t really care about her character, and so her chapters held no interest. I understand that this is the third Sam Bourne Novel that Costello features in, and I might be missing some background information, so the fault here lies with me. Readers more familiar with Costello might have an easier time empathising with her.

The resolution, however, is by far the biggest disappointment. To Kill the President is not as fast paced and “explosive” as billed, but the action does move along at a good pace, until the big confrontation at the end where people… Just talk, and the issues are resolved by one of the biggest deux ex machina I’ve ever encountered.  In the end, I couldn’t help but feel that even though Freedland never really knew how to resolve his moral dilema satisfactorily , he still wanted to write it for the controversy dollars.

TL,DR: A ripped from the headlines thriller that doesn’t doesn’t quite deliver.

*I received this ARC free from Netgalley, in exchange for an honest review*